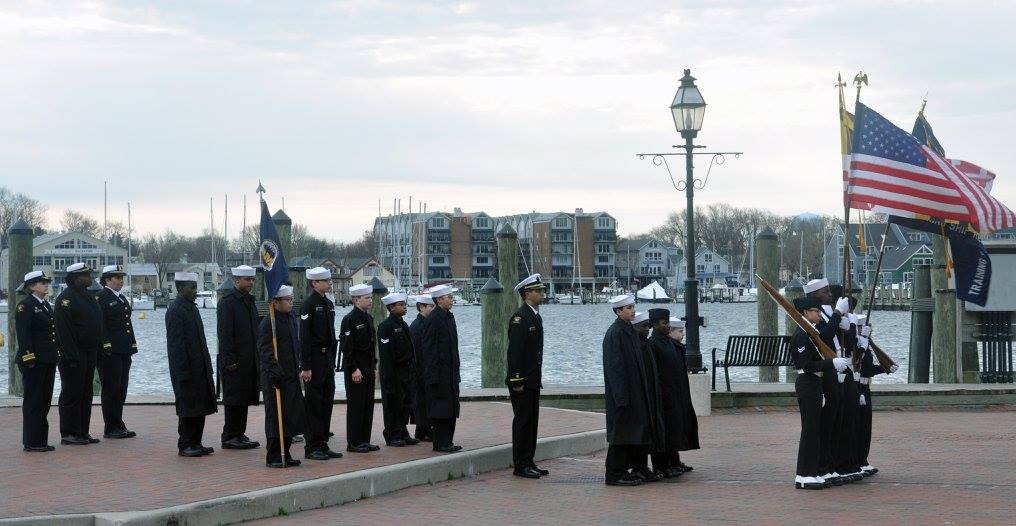 Annapolis is one of the most beautiful, exciting and vibrant cities in the nation. Training Ship Reina Mercedes has the honor of presenting the colors at events such as Maryland Day at the City Dock along with city, county and state executives. Our unit is asked on many occasions to present colors at military band performances as seen here, as well as other events in and around Annapolis. Come be a part of this active and exciting group!

Our unit -Training Ship Reina Mercedes- is the junior program of the US Naval Sea Cadet Corps (USNSCC). USNSCC is a national federally chartered non-profit youth development program and is sponsored by the Navy League of the United States with our their local Council in Annapolis,MD. At the request of the Department of the Navy, the Navy League of the United States established the USNSCC in 1962 to “create a favorable image of the Navy on the part of American youth”. This junior cadet program introduces its members to naval life through instruction in basic seamanship and leadership. NLCC members are able to participate in drill sessions and during school breaks and in a one-week orientation class as well as in specially-designed annual training sessions. The purpose of the USNLCC program is to prepare its cadets for success upon entering USNSCC by exposing them to the fundamentals of seamanship and leadership. The training program is less arduous than NSCC’s, but still includes a wide variety of away-from-home, one-week training opportunities designed to give cadets exposure to Navy life. Our cadet members of NLCC are youths of age 10 to 13. Cadets meet or “drill” at the unit bimonthly throughout the year. USNSCC continues to further the image of our maritime services by adhering to a standardized training program designed to:

The unit is structured along military lines and is headed by a Commanding Officer. The Commanding Officer is aided by an Executive Officer and a multi-talented group of volunteer adult leaders. TS Reina Mercedes drills at Halligan Hall on the campus of United States Naval Academy, Annapolis, Maryland. Thereby it is named after the USS Reina Mercedes. Originally built in Spain by the Spanish Navy it was a captured ship during the “Spanish-American War” by the US Navy. Eventually serving her last commissioned duty for the US Navy at the US Naval Academy. 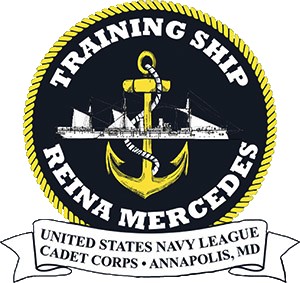